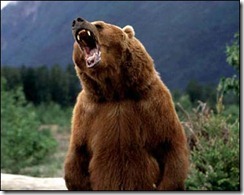 At 9:20 a.m. I was a burly mess of emotions careening down HWY 1 in my Honda Civic.  All the while, plastic Easter eggs crammed with chocolates and gummies bounced around in the back seat.

As I pulled into the church parking lot, I was ready to strike out and claw someone.

Make people feel I felt, suffer what I suffered.

Not exactly the mindset of a Sunday school teacher. Yet, I couldn’t let it go.

I put out lesson plans in the classrooms. But, inside my head, a twisted version of B.J. Thomas’ Somebody Done Me Wrong song played over and over again.

The tune didn’t start to fade until I plopped down on the couch later that evening.

My husband was watching a Dateline special about Nancy Smith.

In 1994, I learned, she was convicted of the alleged sexual molestation of Head Start preschoolers who rode her school bus.

Eventually, evidence was uncovered that pointed to her innocence. Lawyers and even an investigator, who helped put her in prison, were able to get her sentence appealed.

After 15 years of imprisonment Nancy Smith was set free.

The parents of several the children who accused her refused to comment to media. They had gotten a generous settlement from head start during her imprisonment.

· The graduations of her children

· The birth of her grandchildren

· The death of her daughter’s twins

When asked how she felt about this Smith said, “What kind of Christian would I be if I didn’t forgive?”

I always thought the concept had a romantic quality to it. It inspired

But, if you take the hose of reality and wash away every bit of romance,

All that’s left is a painful choice.

1. Hold onto the hurt and strike out.

That’s what I wanted to do Sunday morning. The thought of revenge pretty much consumed my day. My energy sagged. My outlook turned dark and gloomy.

2. Acknowledge the unfairness of it all and still forgive.

Push past the hate and anger. Let go of the right to retaliate. And, forgive.

I gave a few leftover Easter eggs with the objects of my revenge. I made eye contact and genuinely tried to listen without giving in the urge to roll my eyes. Not a large sacrifice. Not that much progress. Just the typing of it sounds petty.

Besides, I’ve been forgiven. Big time. No easy task. You should see my heart.