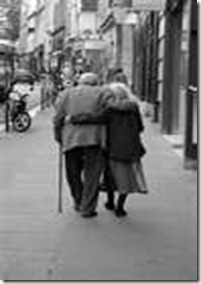 “Getting to know you”.

It’s the name of a show tune from the musical The King and I.

And, it’s good advice, especially if you are single and looking for a life partner.

Romance is  more than falling in love with a reflection of our fantasies.

There are plenty of people who were attracted to each other at first glance.

There are just as many people who didn’t even like their mate when they first met him or her. Were not interested. Sometimes, not even civil to eachother.  Eventually, they got to know one another and fell in love.

But how doe’s one get to know another person these days? It’s a singles jungle out there.  The field is broadened by the internet. At the same time, it’s shrunken by fear.

There’s pressure to make a move. Pressure to find someone “perfect” inside and out.

The perfect partner is part of the fantasy. The fairytale. The myth.

Don’t worry. It’s not some weird disease. It’s a normal physiological  response to the opposite sex. It’s one that comes and goes.

True love builds over time. Through trials and shared joys. Sacrifice and triumph.

If it were not for friends who encouraged us, we may not have gotten  together. They insisted that we both be open-minded, adventurous and prayerful in our dealing with each other.

There were ups and downs. Doubts and concerns. Awkward moments and a few tears.

Over time, we got to know each other. We fell in love.

No matter your definition of a “hunk” or “babe”, we are all beautiful in our own way. Yes, every single one of us. We are created in God’s image.

So, go ahead and enjoy the outside but let the inside be your guide. That’s what matters most. Character and integrity that lasts through dark times.  A sense of humor. Compassion. Beauty that anchors, nurtures. Makes a home.

If you are single and longing to be a part of a family, open your heart. Put aside your petty expectations.

You may be surprised who you get to know.

4 thoughts on “Where Does Love Come From? Finding romance that lasts a lifetime.”