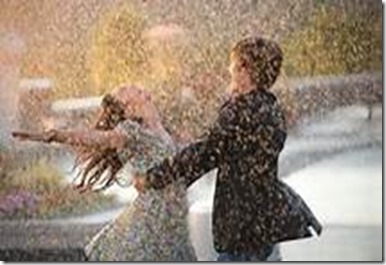 It was a rant about life- the life of singlehood in particular. This smarty-pants PLBC counseling program graduate knows her stuff and can really tell it like it is.

She made me mad all over again. Mad about the fairy tale version of dating, courting or  whatever you want to call the process of finding a life mate.

I know. I’ve been there. Except for a brief I-don’t-want-to-die-single inspired engagement that ended after about three months, I spent the first 27 years of my life single. Um…let’s make that Super single.  By the time I’d put in twenty-five years on this planet I’d endured

Not exactly what I dreamed about at 17 years of age.

But, I had one advantage. During the turbulent years of wondering if I would meet someone special, there was no social media to draw out my pain.

In between the awkward moments, I could forget about what “might have been” and just live my life. Single, sure, but I enjoyed my job, my church and friends.  I could hope, dream and pray without everyone else’s expectations and experiences constantly on display.

Today’s technology is another story.Status lets me know what someone is thinking seconds after the thought drifted through their brain. Instgram let’s me see what is going on hundreds of miles away. That’s a lot of material to go through if you have more than two or three friends.

But, I do. Can’t help it. I scroll down and look at each and every item. I have to know. Forget Hollywood and People magazine. Facebook is the new hangout for the cutest couples in the world.

Honestly? I’ve been married for 27 years and even I feel a pang of envy when I look at all the cutsie-woosie couples and their cutsie-woosie moments on Facebook and Instagram. It’s like they are smiling all the time. All. The. Time.

I’m too old to be cute. My husband and I too frazzled with the change of kids coming and going to pose for those “I’m suspended in a state of bliss” shots.  If we did, it would be a wrinkled, pudgy version that just might be better off explained than shown.

After you get into this marriage thing, the photo shoot mentality loses it’s luster. Marriage is all about the adventure.

I’m not talking theme park thrills. It’s more like a journey down the amazon river or a trek across the Rocky mountains. No one really knows what will happen on the way.

But, most single adults want to find out. What’s wrong with that?

So, get ready.  Ready is everything.

The future is unpredictable and full of opportunity -Get your education or training in the field of your passion.

Sexual attraction is blind and incredibly stupid-Develop close friends who will speak up and stop you before you make a big mistake.

Marriage is good. But, it’s not rocket science. Two ordinary people who sprout flaws like pimples can make a go of it. Courage, compassion and humility is essential.  Prayer carries it home.

So, hey, if you are single, read Jesse’s blog at  http://missjessicahuber.blogspot.ca/2013/05/why-telling-single-person-to-just-get.html

Don’t want to spoil the ending but I must quote her parting advice . She writes “Don’t actually slap anyone in the face”.

Not really. Just a reminder that rants, although exciting,  were never meant to be a blood sport.