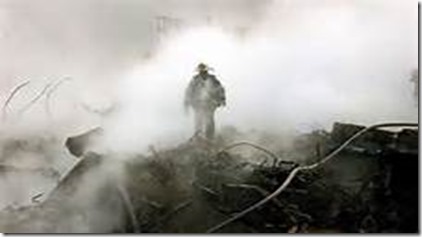 Today is a day of remembrance.

Not so easy when the horror of war means nothing more than drama on TV, the latest paperback thriller or the battlefield memories of an shriveled up grandpa.

I was born in the United States, raised my children in Canada and now they a re spread throughout other peaceful countries such as the UK and New Zealand.

Can’t even imagine bombs exploding in my neighborhood, soldiers invading the downtown district or tanks rumbling down the freeways. Never dreamed that the rubble of an enemy’s attack would alter the skyline of the land of the free, the home of the brave.

9/11 changed that sense of safety.  For the first time, the rubble of an enemy attack desecrated our skyline.

On the day of this tragic event, a mid-eastern friend of mine came to me and expressed his outrage.

“Someone from that country (the one who claimed responsibility for the attack) lives a few doors down from me, “ he said, “I want to go and slit his throat right now. In my mother country that is what we do.”

That’s the thing about living in the land of the free. It is our responsibility to make it the home of the brave. We must have courage to fight the enemy without becoming just like the enemy ourselves.

It means fighting injustice, not just on a global scale but in our own communities, our neighborhoods, even our own home.

It all starts with remembrance. We must never forget the names of those who have been broken by the fingers of hate. Their memory calls for our nation to embrace integrity, courage and safety.

Our tribute is to respond.